Running and self confidence go hand in hand. Whether you’re a beginner runner or more advanced, it’s only natural to doubt your abilities as a runner.

I’ve heard this so many times from beginner runners. It saddens me to think that people think they have to run a certain amount of miles or run their first race before they can call themselves a runner.

I work with a lot of beginner runners whose running confidence is through the floor when I first meet them.

But as soon as they get out there and get a few runs under their belt, their confidence soon starts to grow.

The truth is, as soon as you step out for your first run, you’re a runner!

It doesn’t matter how fast you go, how far you go or whether you do it in the latest running gear.

As long as you’re running, you’re a runner. 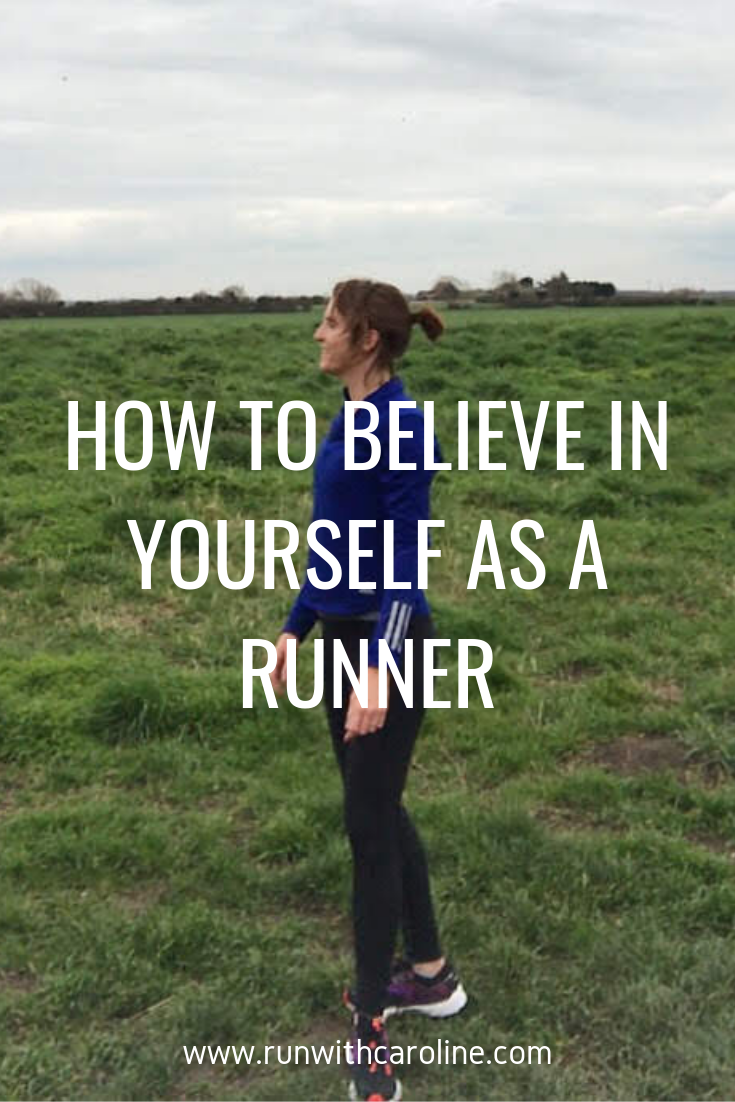 The pressure to conform to the notion of what a ‘runner’ should be is something that I’m sure a lot of us have faced over the years.

I remember when I set off for my very first run. After a few minutes I felt like I was going to die!

I felt far from anyone’s view of what a runner should look like.

I felt like giving up because it felt so hard. I felt like it wouldn’t ever get any easier. My own insecurities and self-doubt started to creep into the picture.

I felt like half the battle was with my mind, not with my body!

Over time, I slowly got better at it. I started to see improvements in my form, my breathing and my speed. I no longer got out of breath after a few minutes.

With the physical changes, came the mental changes.

Now I look back at those days, I think the reason I struggled so much was that I somehow needed to prove to myself that I was a runner.

To me, being out of breath after only a few minutes meant I had failed in the running stakes.

My mind telling me that I wasn’t good enough or strong enough.

When I work with beginner runners now, I tell them to spend some time working on silencing that negative inner voice.

When you try anything new, your mind likes to sabotage you.

It thinks it’s protecting you from any harm, when in fact it’s in overdrive and just needs to take a step back.

“Thank you, brain. You’re not needed in this area today.”

Change happens when you let go of expectations and you give yourself permission to succeed.

If you have the courage, patience, hard work and determination to attack it, you will build up your endurance and you will get better at it.

There aren’t any check boxes that you need to tick in order to call yourself a runner.

There are no pre-requisites, no tests, no assessments.

Getting out there and taking the first step is the best you can do.

It may feel like you’re struggling more than anyone else, but I can tell you now that everyone struggles when they first start running.

No one is born a perfect runner.

Tell yourself that you are strong and capable.

It may feel weird but after a few weeks it will slowly become second nature for you.

Last of all: do not give up. You can do this!

Here are my strategies for boosting your confidence as a runner.

It’s not a sprint, it’s a marathon

Sorry to use the age old running pun, but it’s seriously true when you first start running.

The tendency for a lot of new runners is to rush into a training plan or believe they have to run every day in order to get better at it.

Yes, whilst in the short term you might see some improvement. In the long term, you’ll be setting yourself up for exhaustion and injury.

Don’t see running as something that you have to master within a matter of weeks.

Running takes time. It takes time to build up your endurance and strength and really improve your running form.

So don’t feel like you have to rush it in order to be accepted as a runner.

Many of the best runners have spent years training to get where they are today. 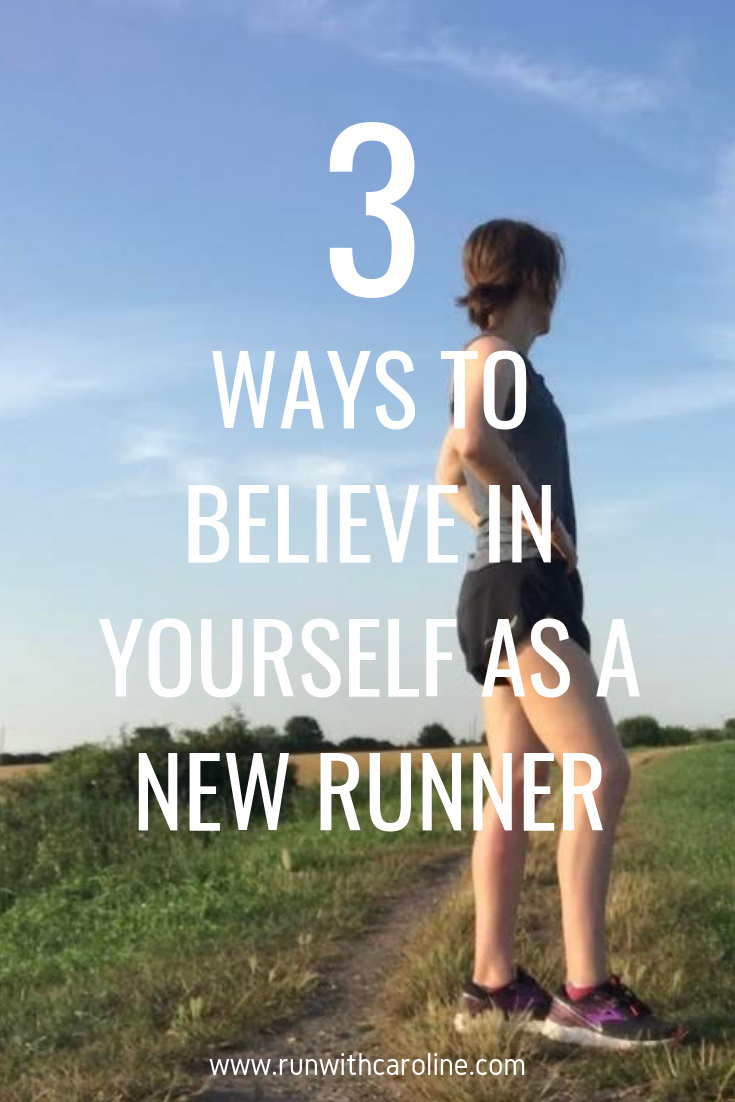 Everyone finds it hard at one stage or another

Yep, this is another point that I am keen to make to new runners. When they see someone who glides effortlessly on their run, they assume they have always been like this.

This is not true!

Every runner, including the elite runners that you see winning all the major races, has had a period in their life where they found it hard and painful – including myself.

There have been times when I have fallen completely out of love with running because I found it difficult or boring.

It’s what you make of it that counts, and your ability to find your inner strength to keep going.

You are capable. More than capable

Repeat after me: “You are capable of whatever you put your mind to.”

Don’t make the mistaken belief that you’re not good enough or worthy of becoming a runner.

I truly believe that everyone has it in them to become a runner and be good at it. Whether they want to do is another story!

Don’t let your mind convince you that you’re not good enough. Once you have a few runs under your belt and your experience deepens, you will feel more confident.

It takes time, but stick with it!

I'm Caroline, founder of Run With Caroline - the #1 running resource for women! I help women at every stage of their running journey. Got a question? Feel free to contact me at [email protected]