It helps to stabilise and move your knee joint, so when it isn’t working or when it becomes inflamed, you experience knee pain.

The pain typically occurs on the outside of your knee. Many runners mistake this pain for a knee injury or runner’s knee.

One of the key differences between a knee injury and IT band pain is swelling. You won’t experience any noticeable swelling with IT band syndrome, whereas a knee injury usually causes swelling.

If in doubt, or if your injury is causing you a lot of pain, I would always suggest you see your GP or a physio and get their professional opinion.

In this guide we’ll explore: 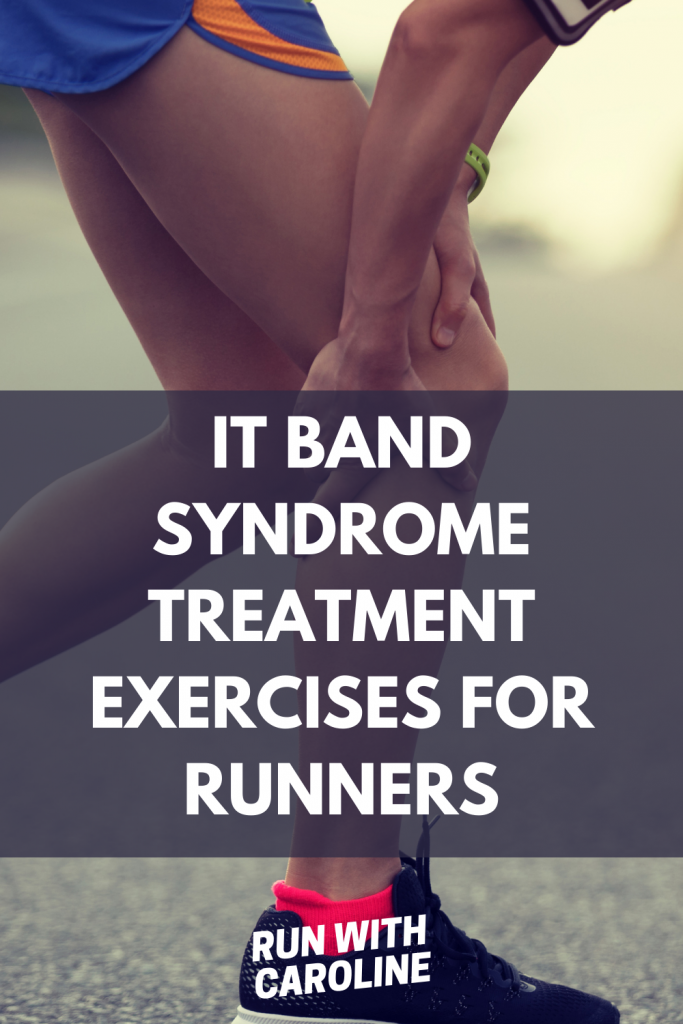 What causes IT band syndrome?

IT band pain is a common overuse injury. It is caused by excessive friction from the IT band being overly tight and rubbing against the bone.

The rubbing eventually causes inflammation and that’s when you start to experience pain when you move your knee.

IT band pain is common in hikers, runners and cyclists especially due to the repetitive movements involved in walking, running and cycling.

Here is a full list of common causes of IT band pain:

Who is at risk of developing IT band syndrome?

IT band pain is common in the running community, but some people are more at risk of getting it than others.

It seems to only happen in some runners (for reasons we don’t yet know), but there are risk factors for developing IT band syndrome: 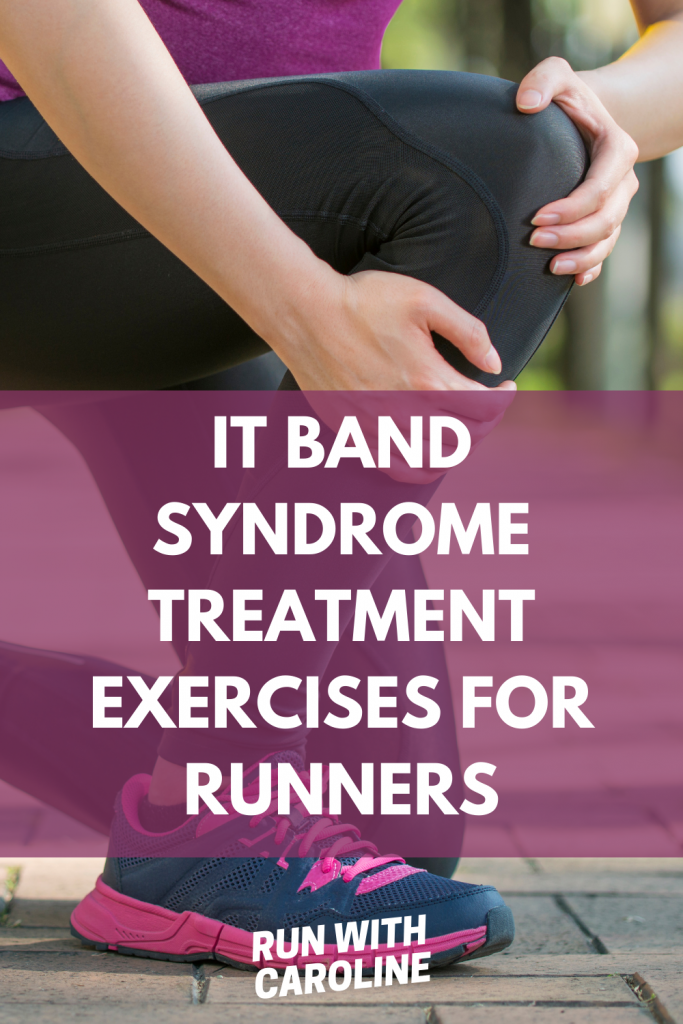 What are the signs and symptoms of IT band syndrome?

As mentioned earlier, IT band pain causes pain on the outside of the knee. It may affect one or both of your knees.

At first you may only experience pain only when you exercise, especially while running. After time, however, the pain may become more persistent, continuing even after when you’ve stopped exercising.

Sleeping with IT band syndrome can also be uncomfortable.

Here are some common signs and symptoms of IT band syndrome:

Related: How to prevent knee pain when running: 5 actionable tips

How to treat IT band syndrome

As soon as you start to feel pain, stop running and rest your leg. When you get home, follow the RICE method:

Rest and ice the affected area for at least one week following the onset of pain.

As with any running injury, the first point of call is rest and recovery. Lower your weekly mileage or, even better, stop running altogether.

If you continue to run whilst still experiencing pain, you risk turning it into a chronic injury.

Other treatments for IT band include taking nonsteroidal anti-inflammatory drugs (NSAIDs) like ibuprofen.

Stretching daily and strengthening key running muscles like your glutes and hip muscles are also great treatment options. More on those below. 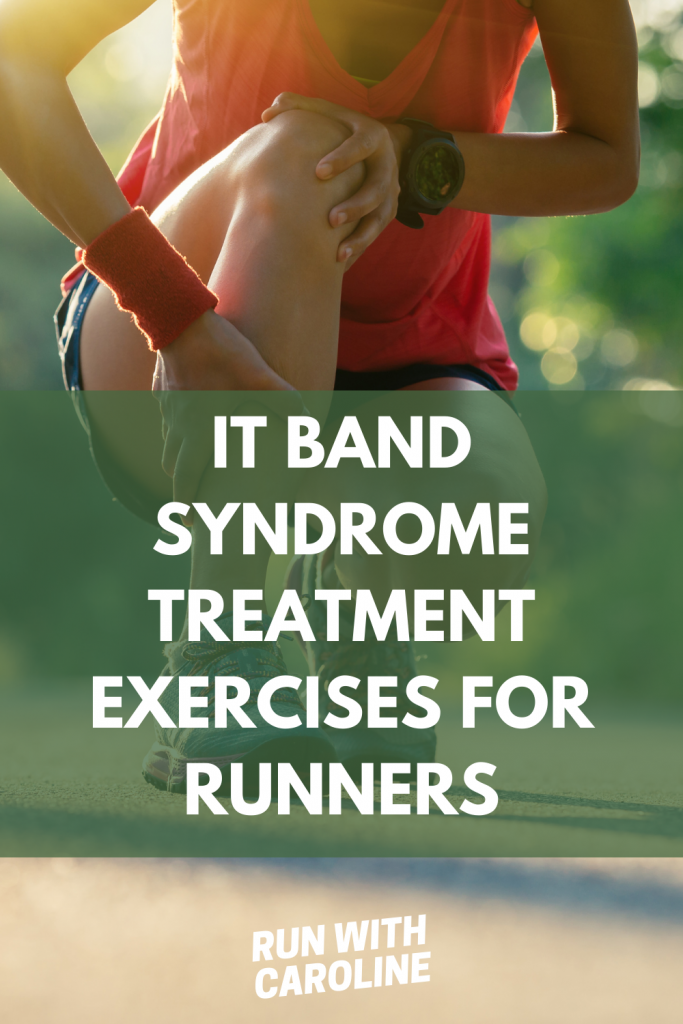 How to prevent IT band syndrome

The key to IT band syndrome treatment is putting things in place to stop it from occurring in the first place. As the age old saying goes, prevention is better than the cure.

According to a 2015 study, neuromuscular re-education, strengthening interventions and addressing contributing factors to IT band syndrome such as training errors, shoe wear, running surface and programme design were all utilised to treat IT band pain in two patients.

IT band syndrome is a common overuse injury, so if you regular experience issues, it may be a sign to change your training routine. You can still train consistently, but train smarter.

Here are some tips to help prevent IT band syndrome:

Related: 5 important things to do when you have a running injury

Now you know how to prevent IT band syndrome, let’s look at training mistakes to avoid.

IT band pain affects many runners, as well as cyclists and hikers. People that get IT band pain are normally those that exercise regularly.

However, there are times when IT band pain occurs due to mistakes in training. The good news is these can normally be corrected.

Related: The essential head to toe guide to proper running form and technique 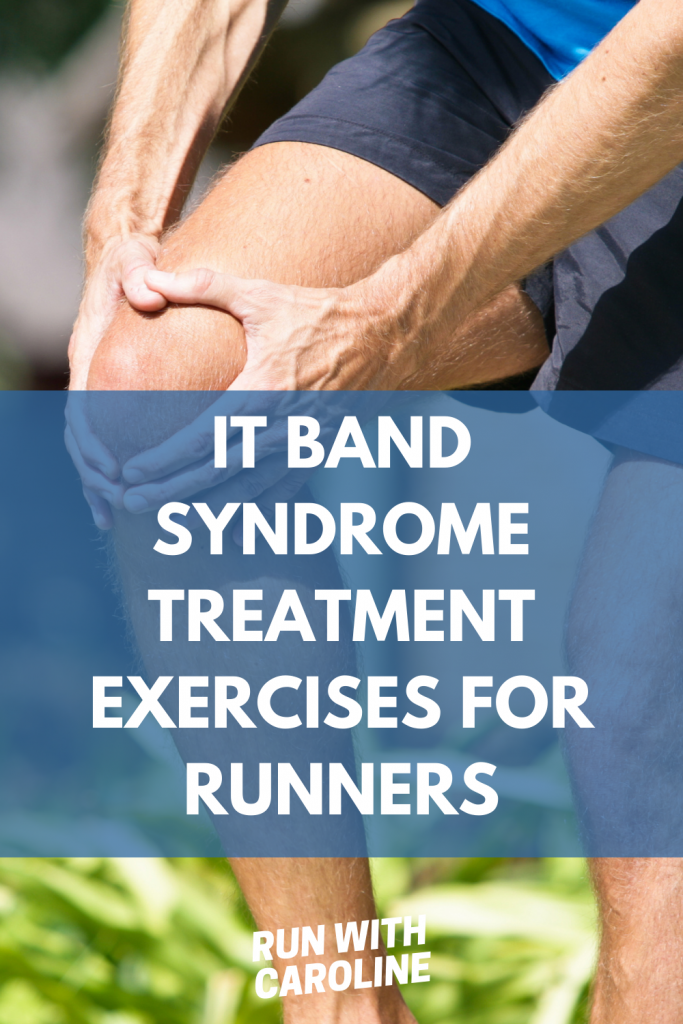 Your glutes play an important role to propel you forward and swing your leg bag.

By strengthening your glutes and hips, this will not only help you become a faster and stronger runner, but more importantly, help the recurrence of IT band.

Here are my favourite IT band syndrome treatment exercises for runners to help prevent IT band pain. Do 8-12 reps and three rounds with 1-2 minutes of rest in between each round.

Aim to include one glute strength workout each week in your training routine.Hip adduction/abduction with resistance band

IT band syndrome exercises to avoid include squats and lunges because these flex/bend the knee between 30 to 90 degrees which can be painful on the outside of the knee where the IT band attaches.

While squats and lunges are not completely off the table, you may consider taking a break from these exercises depending on the severity of your symptoms.

Here some stretches to include in your cool down and on days in between your runs to help prevent IT band pain: