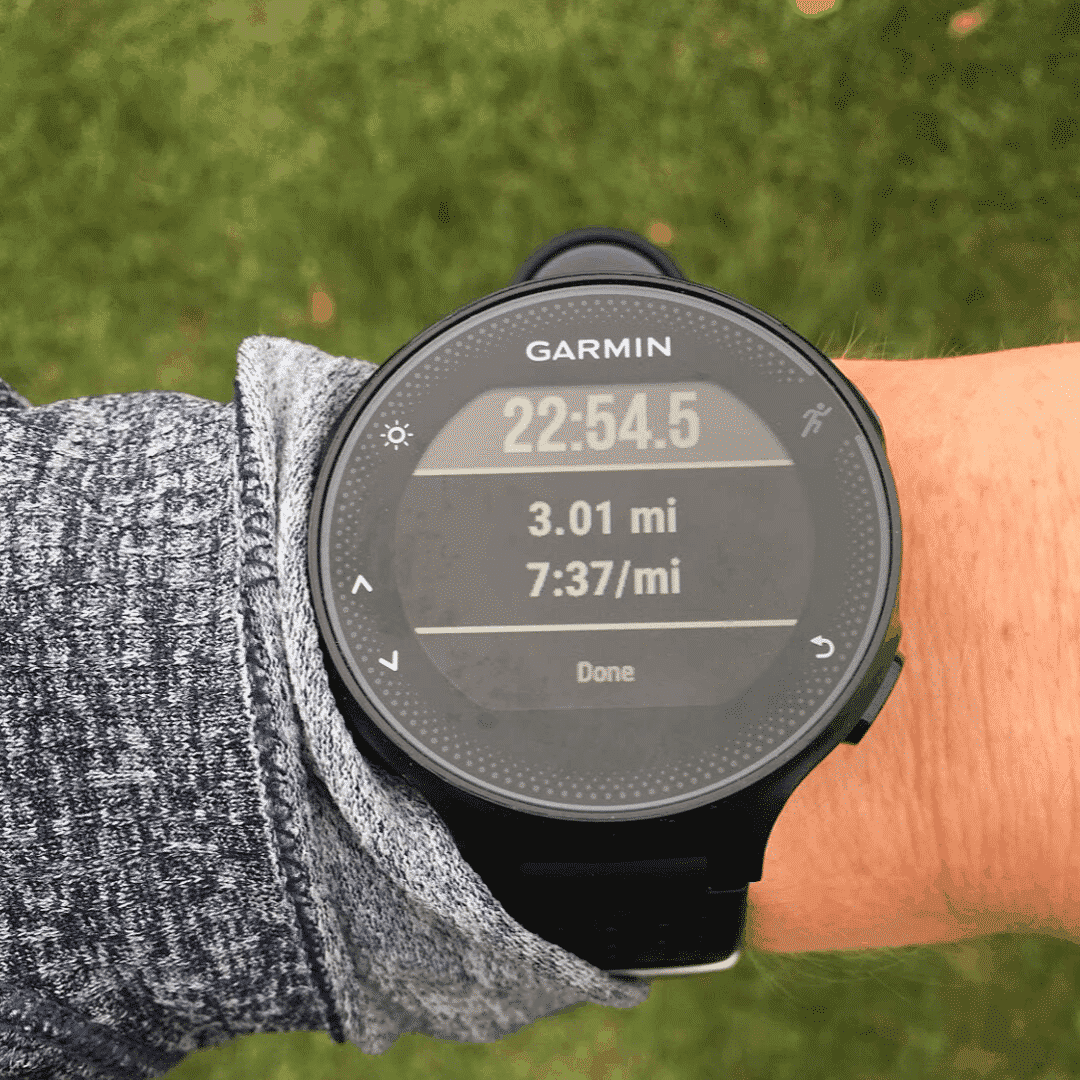 I was recently asked to review my top three pieces of running gear that I regularly use on my runs. It’s safe to say that my Garmin Forerunner 235 running watch made the top three. And it seems I’m not alone.

A decent running watch is a must have for a lot of runners nowadays who increasingly want to leverage technology to help them on their runs.

One of the biggest benefits for having a running watch like the one from Garmin is that everything you need is in one watch.

The Garmin Forerunner 235 watch has the ability to track mileage, pace and other things like heart rate and recovery times all from your wrist.

For years I used apps like MapMyRun to track my runs, which I still highly recommend if you’re just starting out because they’re free and easy to use.

But the reason I wanted to switch to a running watch like the one from Garmin is because it offers a lot more features like the ones I described above.

It’s also a lot easier and simpler to track your run with a watch on your wrist as opposed to checking your phone every five minutes during your run.

So, what exactly is it about the Garmin Forerunner 235 running watch that makes it so popular in the running community?

Following on from my honest review of the Brooks Adrenaline GTS 19 running shoes, here’s my review of a runner’s next favourite type of gear – the running watch!

The truth is, this watch has featured on my blog and social media accounts a few times.

I mentioned it in my 2019 gear round up for half marathon training and it makes an appearance every so often on my Facebook and Insta accounts.

Before I start my review, just a little disclaimer to say that I bought this watch with my own money and this is not a sponsored post.

The Garmin Forerunner 235 running watch is probably one of the more stylish sports watches I’ve seen on the market.

It offers a slick and minimalist design which I like.

I dislike watches that look like little spaceships on your wrist. They’re just so bulky and unattractive.

With this Garmin watch, however, you get a crisp colour screen and minimalist design.

It comes in a range of colours depending on your preferences (I opted for the all black design).

I have tiny wrists so some watches can look pretty big on me. But the Garmin Forerunner 235 running watch fits well on my wrist and doesn’t look too out of place.

The whole watch weighs about 42g so it doesn’t feel too clunky on my wrist.

The silicon straps also have a lot of strap holes so I don’t have to worry about it jiggling on my wrist.

On all my runs so far, not once have I worried about its fit.

The only downside of it being a lightweight watch – because Garmin have clearly wanted to reduce the watch’s weight – is that it does feel quite plastic-like.

I personally don’t mind this as I’d prefer to have a lightweight watch over one that feels expensive any day.

The watch doesn’t have a touch screen, but I don’t miss this too much as the buttons on the side are really easy to use.

Plus, I would imagine it’s quite hard to have a touch screen on a watch face that’s fairly small.

The only downside is that the backlight seems to work intermittently.

When I’m running at night, it can sometimes be hard to view my stats because the light either wants to play ball or it doesn’t.

I don’t know if this is down to my use of the watch. Perhaps I haven’t quite mastered the backlight and how to turn it on and off.

But I would assume this is something quite easy to do considering it’s one of the watch’s main functions.

The buttons on the side of the watch are responsive and easy to use before and during a run.

These are a dream if you’re the type of runner who likes little prompts on your run to tell you how you’re doing.

These prompts are customisable with audio and vibrating alerts to help guide you on target pace and heart rate.

It also has distance, time, pace and calorie tracking features as well as cadence and heart rate zone trackers, as explained above.

It makes a world of difference when you can easily see your pace on your wrist.

No longer do I have to keep checking my phone intermittently throughout my run.

There are four sports modes: Run, Run Indoor, Cycle and Other.

There’s also a handy recovery advisor feature which predicts recovery time, as well as a heart-based assessment of the overall training impact.

All of these features can be viewed on the Garmin app which syncs all your runs.

They can also be synced to apps like Strava if you want to share your runs with your running friends.

The battery life on this watch is really good too – lasting up to nine days depending on your activity.

It also has its own USB charging cable making it easy to charge overnight. I just stick it into my iPhone charger port and let it go.

Garmin Forerunner 235 running watch review: The not so good

When I first bought my watch, about six months into using it I had issues with the charging cable.

I plugged the watch in but it just wouldn’t charge despite me turning it on and off again and leaving it for a few days.

I contacted Garmin to understand what the problem could be as the watch was still under warranty.

They were super helpful and sent me a replacement watch within two weeks.

Having researched this online, it doesn’t seem to be a common problem for this type of watch.

If you do encounter issues, my advice would be to contact Garmin as soon as possible and they will sort it for you.

It’s worth noting that I haven’t had any issues since and I’m still loving this watch!

Overall, the GPS syncing on this watch is pretty good.

But there are times when I’ve noticed discrepancies in the distance that the watch records compared to what I’ve actually run.

For example, I ran an organised 10k race in 2019 and when I finished the race the watch was almost 0.3 miles under the 10k mark.

On the whole, these types of issues don’t bother me too much as I’m not a runner who lives or dies by what my watch is telling me.

But these irregularities can cause issues during training and you’re running to a set schedule.

When I first saw the price of the Garmin Forerunner 235 running watch, I had a mini heart attack.

I had never spent so much on a running accessory. I wanted to make sure I was making the right decision.

Before I bought the watch, I did lots of research.

Plenty of runners in the running community had recommended it based on their own experiences.

So when it came to parting my hard earned cash, I was confident this would be the running watch for me.

As newer versions of the watch come onto the market, you may find you can find a bargain when buying an older version.

My advice to you would be to wait until the watch is on sale at one of the major retailers as they so often are.

If you’re serious about your training, then I highly recommend you invest in the Garmin Forerunner 235 running watch.

Do your research and really understand what you want to get out of a watch like this.

I agree it’s a huge investment for some people, so you want to make sure you’re making the right decision.

Overall, I love this watch and I rarely go for a run without it.

What are compression tights and why you should be wearing them

Running in the cold: How to dress for winter running 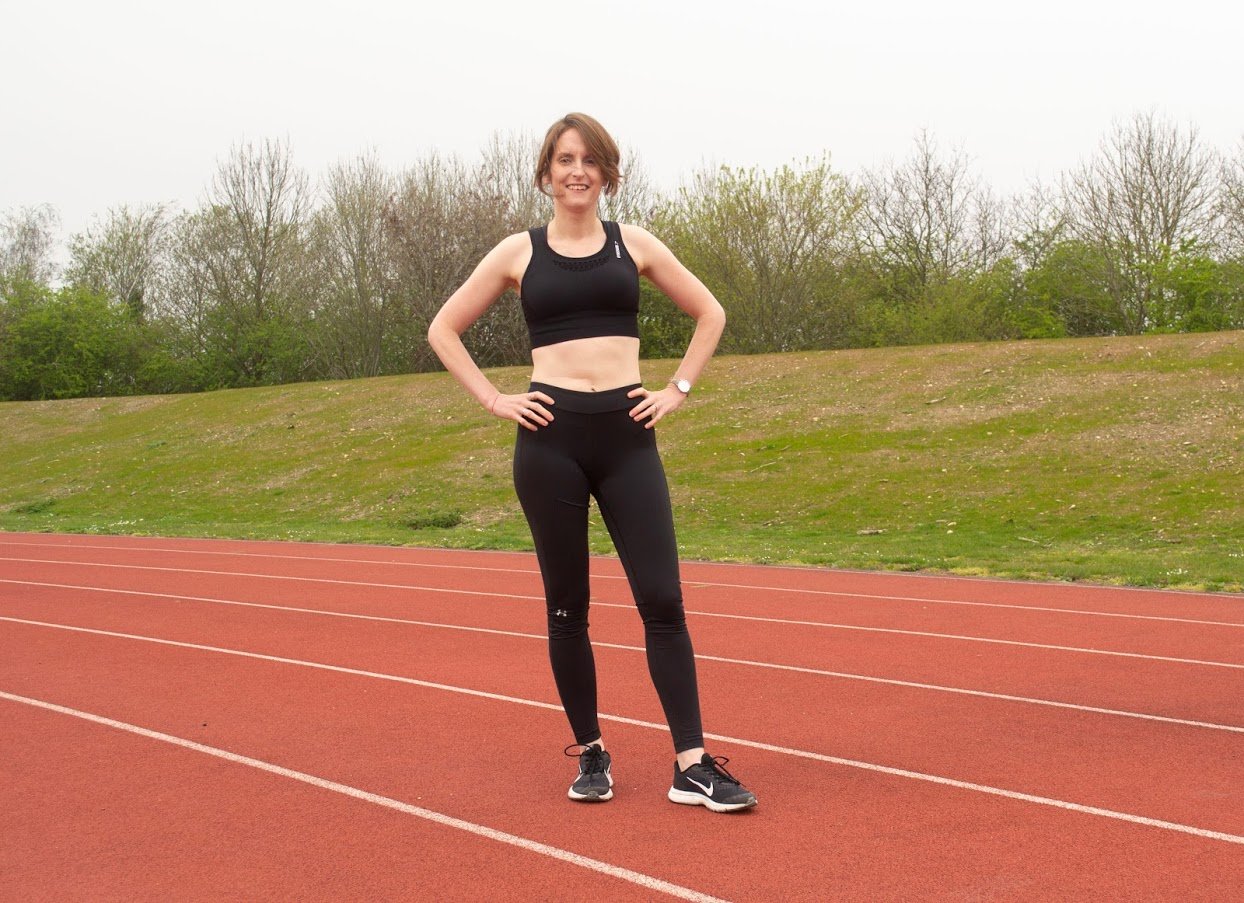 Hi, I'm Caroline - a 5k, 10k and half marathon runner. I help people become stronger, faster and more motivated runners. Contact me at [email protected] or follow me on social media below.